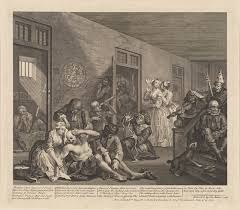 Bedlam Brewery makes great beer. They raised £515k in 2016 on Crowdcube. Now they are back looking for another £800k. Claims of success do not tally with our numbers.

In 2016 Bedlam made various projections on revenues. Well lets just say that now we are in 2019, we can see very clearly that they have missed these by a long way. Readers here know this is a familiar story.
Yet in their current pitch on Crowdcube there is no mention of this shortfall. They simply state that the CAGR is plus 41% over the last 3 years. As we keep on saying an increase of CAGR from a tiny base is of no use whatsoever. CAGR should be banned. In this instance the use of it to extrapolate the next 3 years growth is farcical.
You may decide that the perks and beer are worth supporting and we wouldnt argue with that. But for goodness sake guys be a little more honest with your investors and drinkers. You have promised Bob Beamon and delivered Felicity Kendal. The reason for this latest round is pretty simple - you need cash as the sales are so far short of your plans that they haven't produced enough.
At the very least investors should be asking why the company has delivered such small revenues on the back of a £500k plus investment? Are the next three years projections sensible and will cash run out again. There was no mention in 2016 of a new raise of another £800k 3 years later.