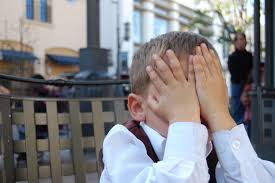 Seedrs and Loot were both promoting their up and coming funding campaign - Seedrs were already taking early interest. Then Loot spoiled the party by going into administration. Whoops.

We have already seen quite a few instances of equity crowdfunding campaigns completing and then the company taking in the cash closing within 12 months. Some of these have looked like the company hadnt revealed the full degree of their financial distress - resulting in the crowd being taken for a ride.
With Loot, Seedrs have claimed that the early registration was just that - it didnt mean that the company was about to launch a campaign, as Seedrs had not, apparently, signed off the due diligence. That will be an enormous comfort to Seedrs investors who might have thought they were promoting a company in financial meltdown.
It seems Loot didnt know this, as they declared on their home page 'WE ARE CROWDFUNDING'.

It also seems that the Seedrs PR department had not been informed as Im told the London Tube thank you anon) is full of Seedrs adverts pressing home the Loot funding opportunity. Oh dear, looks like someone has been telling massive porky pies.
Whichever way it happened, the outcome is farcical.

It is our understanding that the deal with RBS fell through - this is the deal that the likes of https://www.crowdfundinsider.com/2019/01/143021-digital-banking-startup-loot-secures-new-investment-from-rbs/ told everyone was completed. Seems RBS have more than one way of wrecking start ups.
It's a jungle out there and you would be well advised to sign up to our new site which goes live in July - ECF.Buzz which will give you the tools to avoid many mishaps and also a chance to discuss successes and failures with other investors - free of the platforms' interference.
.