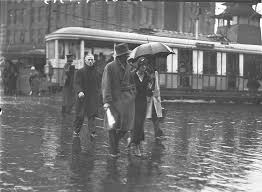 Holly and Beau Singing in the Rain as it reaches Seedrs target.

Holly and Beau make fun kids rainwear. They raised £80k on Crowdcube in 2015 and had up until now failed to deliver any numbers that made investors want to sing. Now they are completing another small round on Seedrs.

Holly and beau
Singing in the rain
Crowdcube
Equity crowdfunding
Seedrs
It is great to see small businesses trying hard. But it would make a lot more sense for all of us if they would be a little more sensible. Holly and Beau should be making many thousands of pounds of net profit by now - this year was supposed to be their third year in profit. As it has turned out they have filed nothing but losses since funding on Crowdcube.