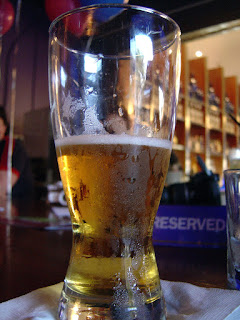 Redchurch Brewery's collapse is being blamed by management on the departure of their Head of Sales. The fact that they owed HMRC £950k and were under threat of imminent action might also have something to do with it.

Looks like these guys couldnt organise a piss up in a cardboard box.

The Administrator's report is rightfully damning. Redchurch took almost £900k off around 700 Crowdcube investors in two rounds. And they couldn't even replace the Head of Sales or pay the tax that was due.

The big departure, which led to a 'significant downturn' in revenue according to the report, took place in 2017 - the same year of Redchurh's second round on Crowdcube. The timings would be interesting as this wasn't mentioned at the time. You also have to wonder if this is how business really works. Sales are generated in advance and once pull through starts, they carry on. The HofS' job is then to gain new business. So a significant fall in existing revenues should not be caused by his departure - not in the short term.

We have evidence that shows that the Head of Sales in their 2017 pitch had only joined the company in 2016. So how is it possible that someone who has been at the company for around 12 months can have such an enormous impact on departure?

We also have evidence from this second round that the pitch changed its rewards upwards to increase investments. Bet you guys who bought into this - in fact some of you requested it - are now regretting the move.

The Director owed the company £21k in an outstanding loan and the debtors contained £35k of write offs. Some creditors will claw back something and the Insolvency guys are happy, as the company was sold in a pre pack for £220k to a newco - Redchurch London Ltd. Investors lost the lot including their perks.

So here we have the crazy situation where HMRC are giving invetsors 30% tax breaks on investing in a company which 20 months later has wracked up unpaid tax debts of almost £1m - which are now largely written off. And investors were only investing for free beer and the 30%. Building UKSMEs my arse.

Next round's on you.