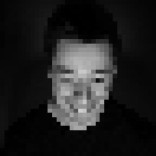 Variety have done an article on them ahead of the Crowdcube launch: https://variety.com/2021/tv/news/secret-cinema-crowdfunding-business-model-1234987811/

Ha! If they do a movie like Sweeney Todd, then yes, absolutely.

I've only been to one of their experiences so far, Back To The Future (I think in 2014) - it was a fantastic experience and well worth the money. I can see people getting excited about these kinds of experiences again as we get over the pandemic.

It isn't live yet but Secret Cinema will be going live on Crowdcube very soon, so I thought I'd add a placeholder here for discussion as I'd be keen to hear peoples' thoughts on the company once we know more details about the raise.

I just watched the investors webinar and it sounds interesting - a full deck will be coming next week I think. Each of their shows has apparently been profitable for a while now, although you'll see from their accounts that they made a loss in the last financial year, which I believe they attributed to international expansion. They talked a lot about the economies of scale they will be able to take advantage of by expanding internationally, as the work they put into developing the shows can be replicated in other countries. There was talk of their desire to look at gaming and music experiences in the future, though I wasn't clear whether that meant doing shows around a video game story (for example) or something different entirely.

I'd be interested to know if anyone ending up investing in this. They're nearly at 200% funding now after a decent increase following the Seedrs email this morning. In terms of total investment they're still a way off what Orbital Marine Power raised on Crowdcube recently. OMP seem to have a higher profile in the industry though QED's system seems to have some advantages.

I ended up cancelling as the promised clarification on EIS never came.

Still, I hope they do well. As you say, it's an interesting company.